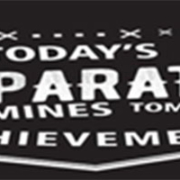 Mindset, Preparation and the Process that create the streak.

Joe DiMaggio record 56-game hitting streak, which ran from May 15 to July 16, 1941. It began with a Momentum Based Mindset he brought to each game.  The numbers below are the result of his Mindset and Preparation he brought to each game, each at bat. The team reaped many rewards from his streak.   A Yankee teammate urged Joe to relax, “You don’t have to run every groundball out or dive for a catch daily.”  His response, every time I am on the field, I believe it’s the first for at least one fan attending in which they are watching me play.”

Each day he brought that mindset. His streak, baseball represents Focus, Fuels, Flow!

His hitting began innocent enough, On May 15, in the first inning of a game against the Chicago White Sox, DiMaggio hit a run-scoring single. The Yankees did not score again for the rest of the contest and lost 13–1.

Let’s take a look at the results of his streak and the mindset of Joe by the numbers:

10: DiMaggio extended the streak in his final plate appearance 10 times.

54: DiMaggio faced 54 pitchers during the streak.

Entering May 15, the Yankees were 14-14, 5½ games behind the Indians for the American League lead. On the final day of the streak, they were 55-27, with a six-game lead over second-place Cleveland.

61: DiMaggio, actually had one hitting streak earlier and longer than 56: He hit in 61 straight games in 1933 as a member of the Pacific Coast League’s San Francisco Seals, the second-longest hitting streak in minor league history.

On July 17, he went 0-for-3 for the Yankees against the Indians, with third baseman Ken Keltner making two nifty plays to thwart the streak. 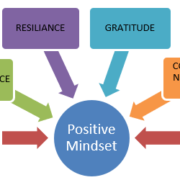 To build your optimism, try a few things.

For one, practice gratitude. When you wake up each morning, think of three things you’re thankful for. It only takes a minute, and it puts a positive spin on the day. (Also, resist the urge to immediately check the news, which often does the opposite.)

Second, find ways to make progress toward your goals. Whether you want a new job or you’re launching a new project, taking even small steps forward can give you a larger sense of momentum.

Third, prioritize connecting with others. Get lunch with friends you haven’t seen lately or send a coworker a note that you’re thankful for them. Social connection is one of the top predictors of happiness. 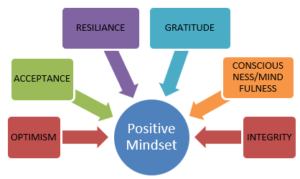 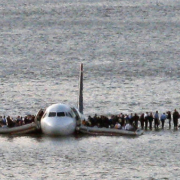 “I knew I could find a way.”
– Captain Chesley Burnett Sullenberger III

On January 15, 2009, a potential disaster turned into a heroic display of skill and composure when Captain Chesley Burnett Sullenberger III safely landed the plane he was piloting on New York City’s Hudson River after a bird strike caused its engines to fail. David Paterson, governor of New York at the time, dubbed the incident the “miracle on the Hudson.”

I knew it was going to be the hardest day of my life, the biggest problem I would ever have to solve. But I was confident I could solve it. I never thought I would die that day. I was just trying to make sure that no one else did.

Why were you so confident that you wouldn’t die?

I knew I could find a way. Even though this was an unanticipated event for which we have never specifically trained, I was confident that I could quickly synthesize a lifetime of training and experience, adapt it in a new way to solve a problem had never seen before and get it right the first time, and so that’s what I did. In 208 seconds. I wasn’t sure at the outset exactly what steps I would take, but we didn’t have a lot of ambiguity: I knew what happened. I didn’t have to waste time with the “what happened?” phase. I was able to go right to the “how do I fix this?” phase.

And in the spur of the moment, I chose the word “impact” to give them a vivid word picture of the fact that it was going to be a hard landing and how important it was to brace. Ultimately, I said, “This is the captain. Brace for impact.” I chose not to mention that it was a water landing; I didn’t want them bumbling for a seat cushion or life vest or doing anything else but bracing. When we landed, they’d figure it out.

I was confident if I could find a way to deliver the airplane to the surface intact, we could float long enough for us to be rescued, and that was critical because it was such a cold day. It was 21 degrees Fahrenheit, and the water was 38 [degrees], so rapid rescue was essential. That’s why I turned south along the Hudson. I knew from experience, having visited Manhattan, the ferries operate between Pier 79 and Weehawken, New Jersey. That was the only place a rescue could happen fast enough. 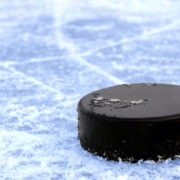 “I believe someone at your school will want this puck in your trophy case Tomorrow.”
–Mark Manney, Andover Boys Hockey Head Coach

Just a couple of weeks back, the Andover Boys High School Hockey team had to travel to Duluth for a Section Championship to play one of the top ranked teams in the State of Minnesota, Duluth East.  The Andover squad was an underdog and lost 9-2 to this same Duluth squad earlier this season.  Playing Duluth East is always a challenge, playing them on their backyard pond, just minutes from their  home arena, takes it  to another level of  toughness.

The Section 7AA game was scoreless through the first period, then Andover scored two goals in the 2nd period.

Heading into the  3rd period  the Duluth East  team which had lost just one game all year,  was  down 2-0.

Duluth battled back to  tie the game in the  3rd period  and  send the game it to a sudden-death overtime.    Almost five minutes  into  overtime Duluth East scored the game winner and  the arena with over 9,000  fans  in attendance erupted with  95%  of the fan  base from  Duluth.  They were headed to the most coveted tourney in the state of Minnesota, The State Hish School Tournament in St. Paul, Minnesota.

It was at this point the actions of the Andover Coach, Mark Manney created Momentum in a Minute.

As Duluth players and coaches were celebrating their overtime win on the ice and his players from Andover greatly disappointed by the loss. Coach Manney noticed the puck used to score the game winning goal was still in the net.  During the choatic celebration Coach Manney, picked up the puck, manuevered through the frenzy of Duluth East players, sticks, and gloves all over the ice at this time.  Heart broken himself after such a tough loss, he then approached the Duluth East coach, congratulated him  and handed him the puck, saying, “I believe someone at your school will want this puck in your trophy case tomorrow.”

His actions and his leadership made such impact on his players that it triggered momentum to such a level, the underclassman on this Andover team committed to an intense off-season training program.  The goal, they will be the team on the ice at the Section Championship next celebrating a trip to the 2019 State Tournament.  They played nearly 60 minutes of intense hockey in the championship game and almost 30 games during season with endless practices.  It was the action of Picking Up the Puck, that triggered momentum in a minute for the Andover Boys High School team and their 2019 Season.  Best Days Ahead, has become the team motto.